Countdown to The Golden Globes 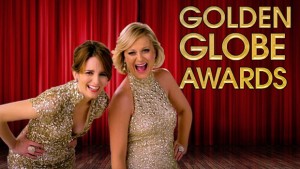 The Hollywood awards season kicks off early in 2015 with The 72nd Golden Globes Awards on NBC. What will Amy Poehler and Tina Fey say about North Korea and The Interview? It is sure to be hilarious. Print out the official Hollywood Foreign Press awards guide PDF and make sure to see all that interest you on the list before the Golden Globes broadcast on Jan 11 LIVE coast-to-coast on NBC from 5:00-8:00 p.m. (PST)/8:00-11:00 p.m. (EST).

In the Metaculture Mix